Seemore is a Vegetable forward sausage company founded by a fourth-generation butcher. Unlike other sausage companies, Seemore is committed to only having humanely raised meat and utilizes fresh veggies in their sausages. Additionally, Seemore uses 100% natural cheese in their sausages as well. Seemore has a wide variety of fun, colorful, and flavorful sausages to choose from. Although not vegetarian, these sausages help you reduce meat consumption without giving up meat since they highlight veggies in each of their recipes. This allows these sausages to have roughly 35% fewer calories than other similar products and more potassium, iron, and calcium as well as higher levels of vitamins A, B and C.

Treat yourself to some delicious Seemore sausages by placing an order online at www.eatseemore.com or at any of these retail locations nationwide. 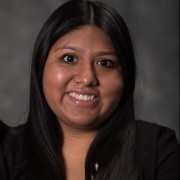 Amy Hernandez, is the Digital and Public Relation Manager at electrIQ marketing where she oversees all outreach and publicity efforts. Since its founding in 2018 electrIQ, utilizes several online marketing strategies and premier platform-based growth tactics to develop individualized and innovative methods that allow businesses to not only attract new customers with engaging content, but also reinforce and restore interest with their current customer base.

Extra – The Debit Card That Builds Your Credit